A vegan journey with me, Todd Sinclair

Join the vegan revolution. Create a brave new world with your daily choices. 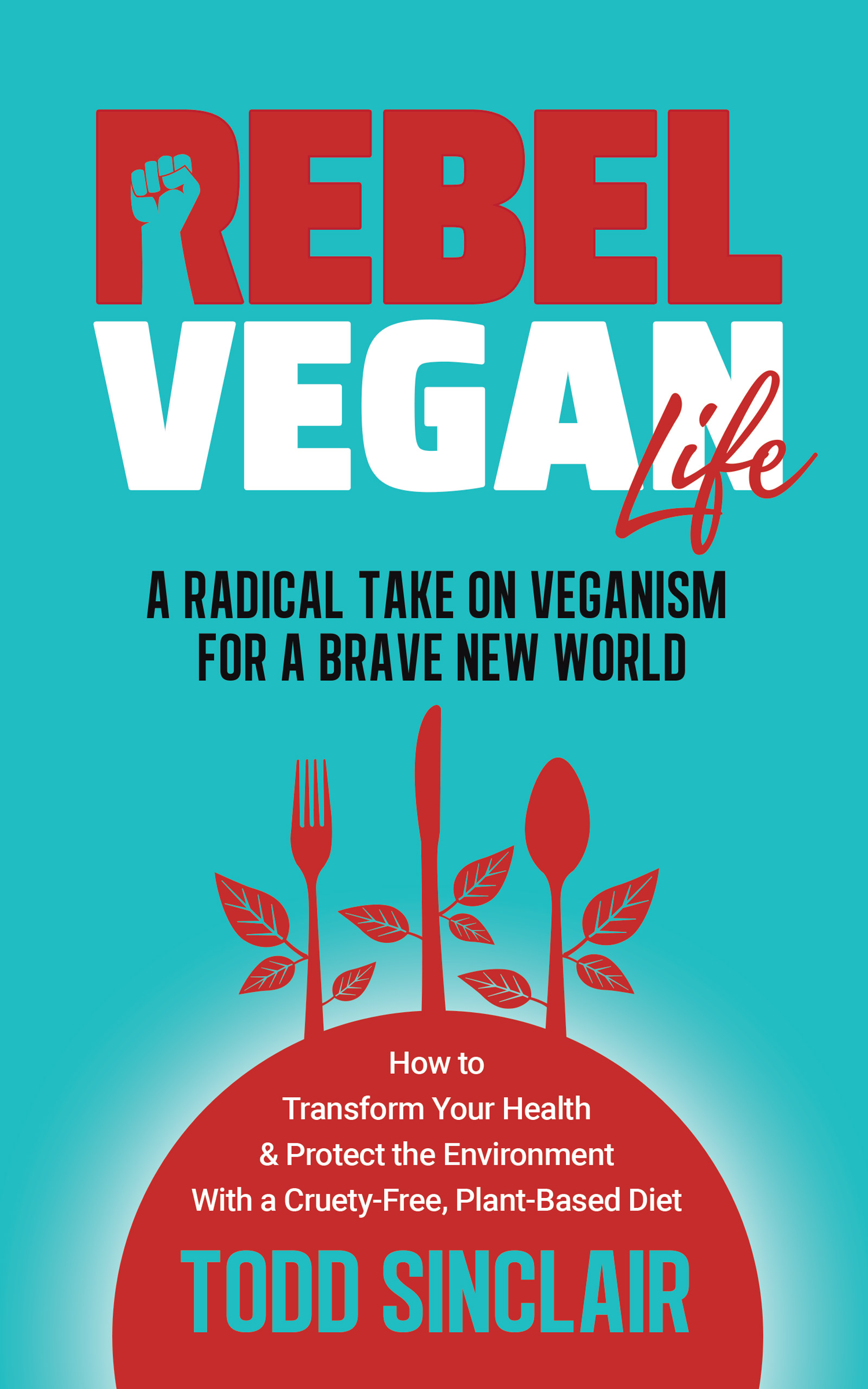 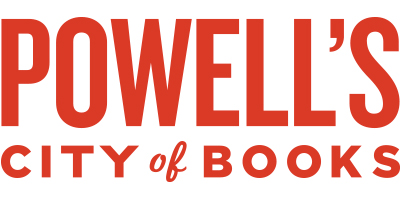 We’re standing on the threshold of a new way of living, so why not make it vegan? Sometimes we need to rebel, to fight for what’s right. And now is the time to take some bold action—it’s time to ruffle some feathers simply by becoming the most authentic vegan version of you. With Rebel Vegan Life, author and activist Todd Sinclair takes a fresh look at veganism, showing how to vanquish the naysayers, rise above the guilt-tripping and stereotyping, and create a kinder world for ourselves and others.

Be part of the change you want to see

Rebel Vegan Life explores how our perceptions of the past can fuel a powerful and purposeful present, and how Rebel Vegans are at the forefront of that change. Ultimately, the problem is on our plate and so is the answer.  So get ready, rebels,and viva la revolution!

Discover how you can transform your health, and protect the environment with a cruelty-free, plant based diet

What if you could create your book landing page in minutes?

Learn how to create clean sales page for your book in minutes.

REBEL VEGAN LIFE is a three-part message born out of love for the planet, the animals, and ourselves. Together, we will celebrate, demystify, and uncomplicate veganism. This book is about inspiring and empowering everyone to find their sweet spot on the vegan spectrum. Everyone’s journey is unique, so within this book are the keys needed to unlock your own plant-based life, feel confident going out into the world as a vegan, and to stick with it in this brave new world.

Verify my reviews on Amazon.co.uk

I recently received this book as a gift, already a vaegan for some years , I would recommend this to all those who are either all ready vegan considering the change or intransition. I rarely take  books but this one I simply could not put down!! a very engaging read with the potential to be both life changing and lifesaving !!!

I loved this book!

Informative, well researched and has an engaging tone that is non-judgemental. A great read for anyone who would like to find out more about veganism.

I found the book non judgemental, compacted, warm and funny.

I'm not a vegan but I try to actively cut down my consumption of dairy, meat and fish. I found the book non judgemental, compacted, warm and funny. The author showed humour and personality which I enjoyed.
I found the chapters about the history, environment, the start kit, the how and empowerment really informative and answered most of my thoughts I have around veganism. I feel it helped me on my conscious journey of becoming more plant based and being more informed but also respected what stage I'm at with veganism.

I would strongly recommend this book.

In comparison to the other documentaries or books on similar topics this book has a fresh new perspective on Veganism. It’s approach and topics are incredibly relevant and refreshing, providing me with facts and information in a way that really encouraged me to drive change and challenge myself in ways that other books had not. 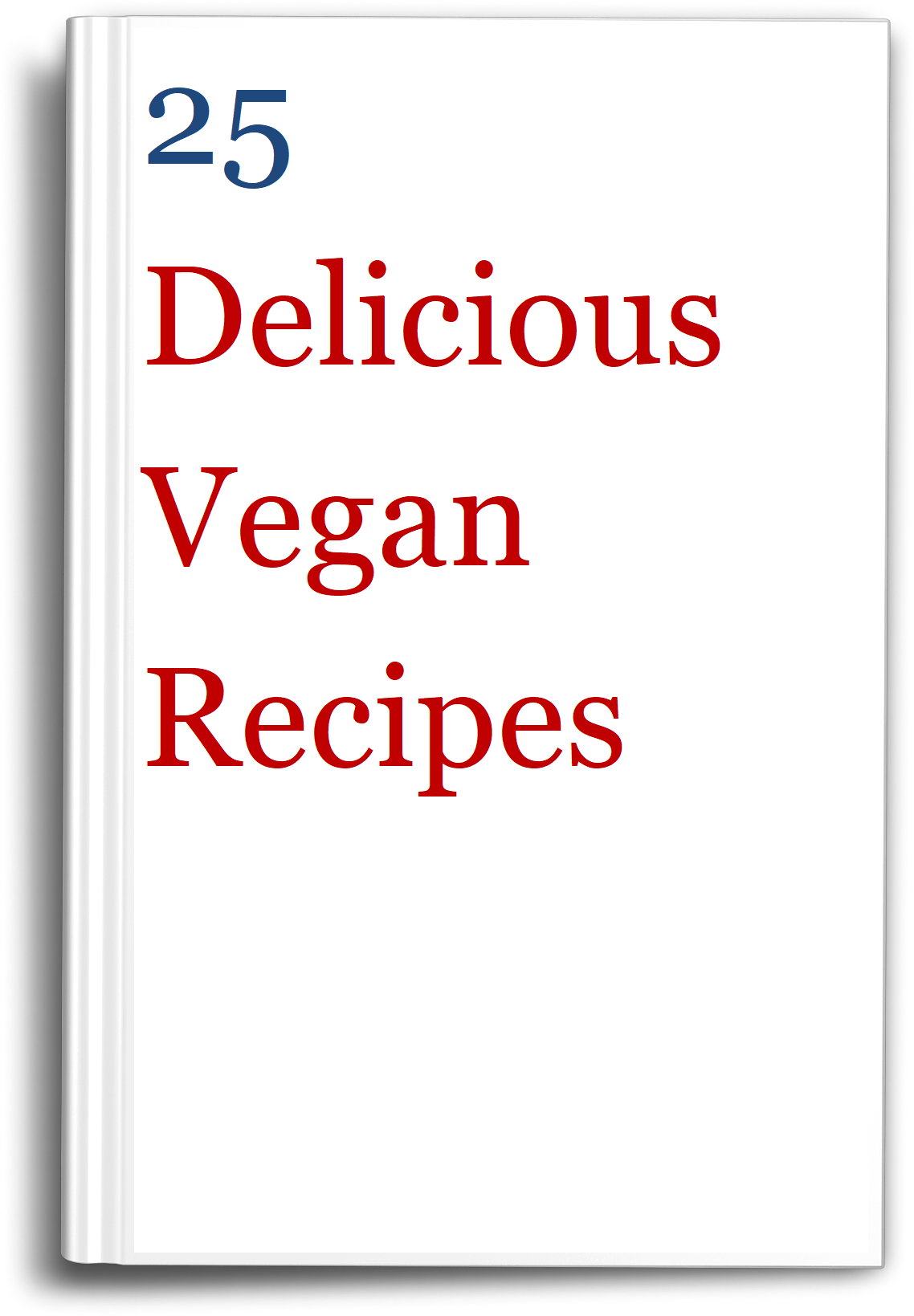 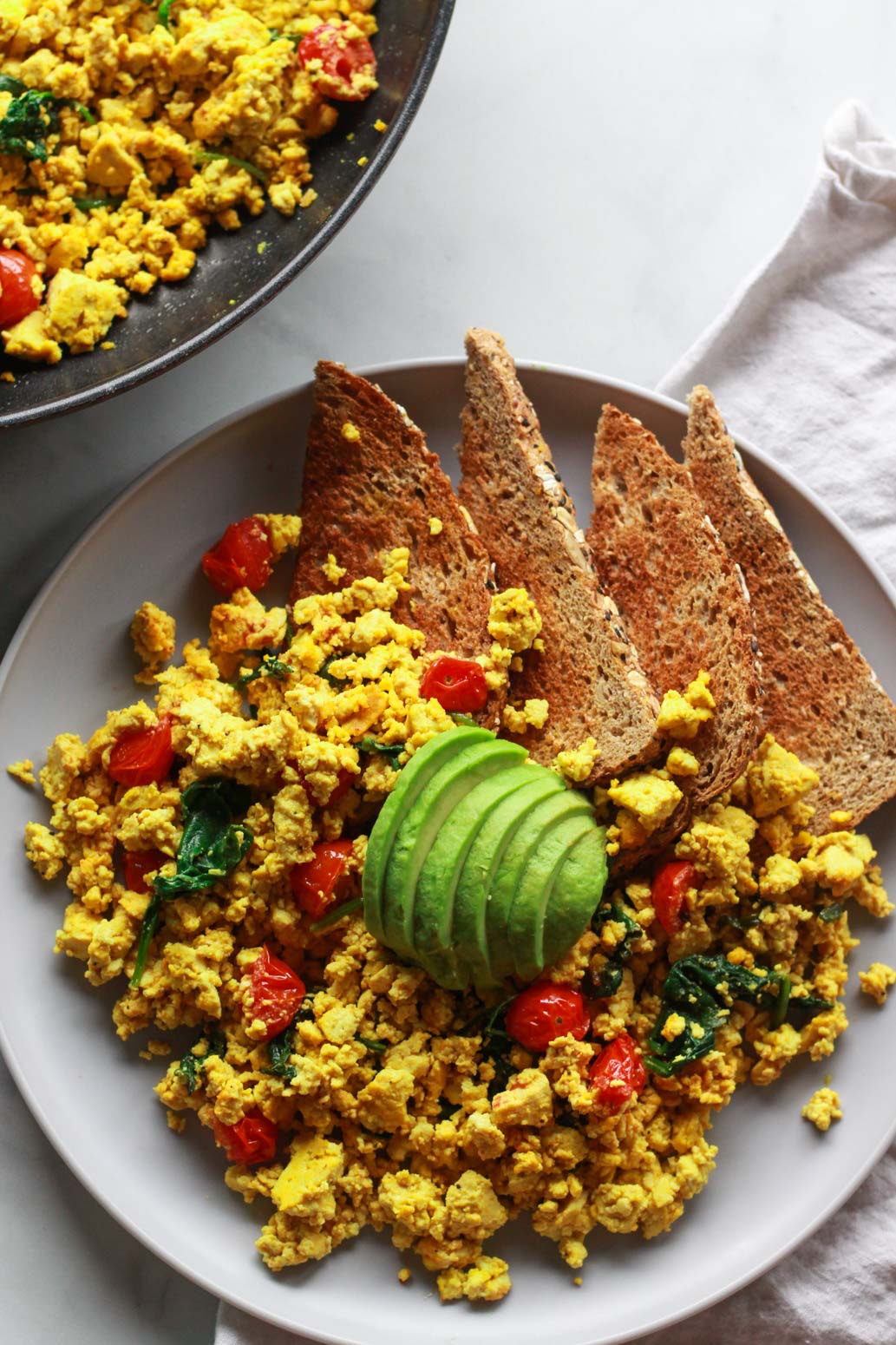 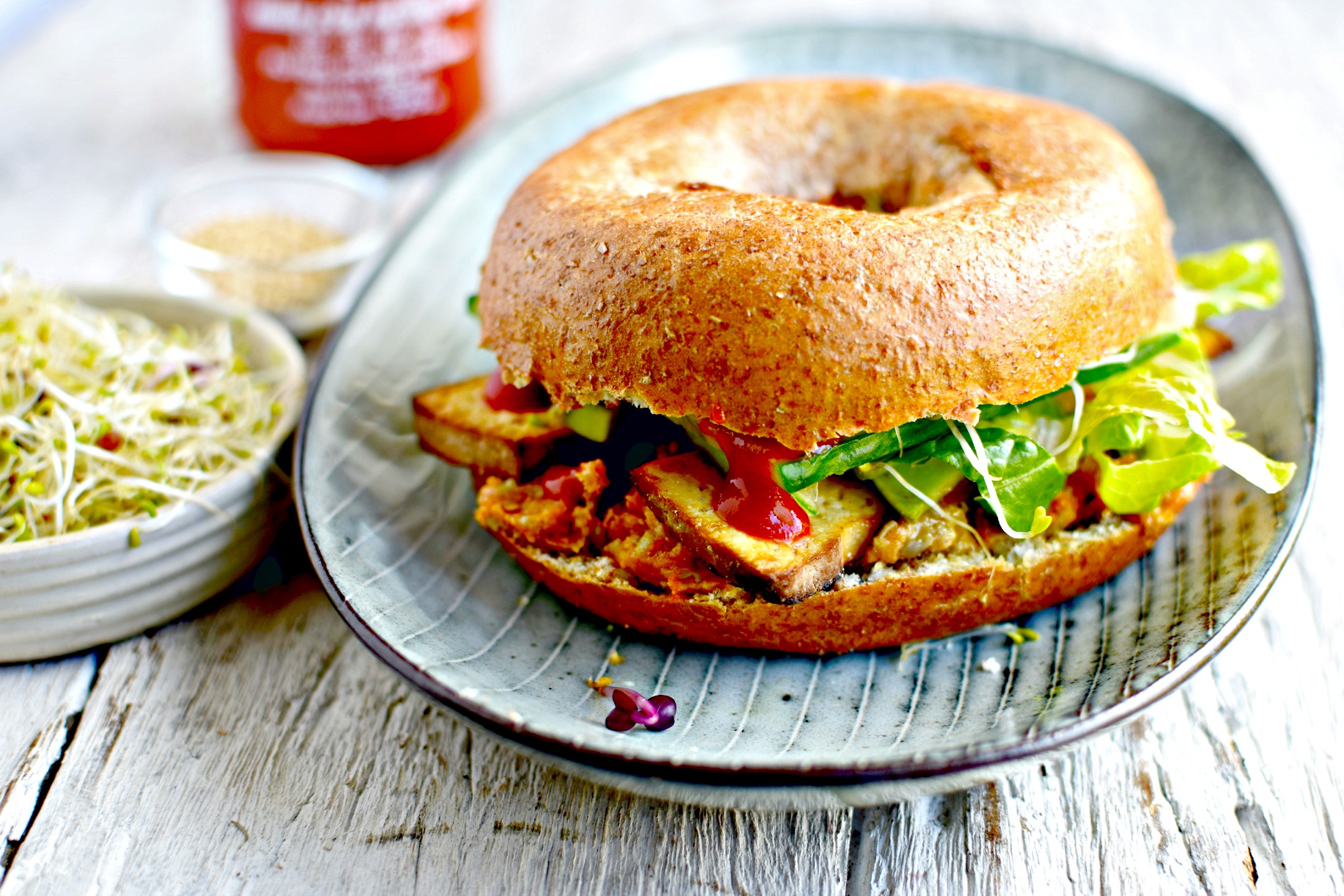 Come back and pick up a new recipe every week

Have any questions? Email Me

Directions
Cut the onion in rounds and slice in half. Add some oil to a pan and throw in the onion together with 1 block mashed (scrambled) firm tofu. Add in all the spices and stir until homogenous. Let the covered scramble cook for about 5 minutes over low-medium heat, mixing through every now and then.

Yet, at its core, veganism is about compassion and justice. There should be nothing extreme or scary about becoming more aware and kind. So, you won’t find any guilt-tripping, patronizing, or stereotyping here, and everyone is welcome at this table. I am not the vegan police, and promise not to raid your fridge! Please feel secure to explore and let your guard down - this is a safe space.

Who should grab
The Perfect sales page?

Picking the right book ain't easy and we know it that's why we make it easier with this list.

Vivlio will enable you to make your book on the web in few minutes without any web designers.

Have your own eBook? You can use Vivlio to make a proffesional impression for your business.

Thanks for downloading our #freechapter . Check your email for the download link
Oops! You've made a mistake, please check did you enter a correct email address!

Before becoming a vegan author and activist, Todd Sinclair spent years leading travel groups in far-off places, a fitting occupation for someone who is now showing the way to a radical new approach to veganism. Todd’s journey to veganism began on a small Canadian dairy farm, and after winding his way literally around the world, he found its catalyst in a serious illness, contracted when he was thousands of miles from home. But it was during that desperate sickness - and in the loving presence of monks - that he found his healing and ultimately a new truth, by changing to a plant-based diet.  And, although his good health lasted, the rest of the planet soon became sick with something else—Covid 19. The virus soon revealed what Todd had discovered for himself. Which is that the world is not sustainable as it is, and that the vegan way of life is the only viable and realistic choice for the future.  That’s when Rebel Vegan Life was born.  Todd is fiercely committed to sounding the call for a vegan revolution, declaring that a vegan life is the only viable and realistic way forward for the future. His first three books—REBEL VEGAN LIFE:A Radical Take on Veganism for a Brave New World/ REBEL VEGAN LIFE: AnEssential Plant-Based Nutrition & Survival Guide/ REBEL VEGAN:Ultimate Travel Guide for Plant-Based Adventures in a Brave New World - are proof of that passion.  In addition to being an activist and author, Todd also wears the labels (and apron!) of writer, podcaster, speaker, and self-taught chef. He currently calls London home and spends his leisure time searching for its hidden history.

SEE WHAT MY READERS HAVE TO SAY

This is the approachable, one-stop informative guide to authentic compassionate living, that I wish I'd had when I went vegan nearly a decade ago!

Give yourself everything you need to embark on your journey to stand for the well-being of all sentients, our only planet, and even ourselves, without judgment or any triggering content.

Bolster your confidence and personal drive to make vegan look easy by cultivating a strong stance against the hidden injustices that are putting our future in jeopardy, as well as build your confidence and determination to live in alignment with your truest values.

In this world, where kindness is dismissed for profit, cruel societal norms are pushed upon us automatically, and the destruction of our planet is brushed aside for the status quo, which is making us sick, aren't we all looking for ways to “save the world” while seeking truth and connection in our lives? 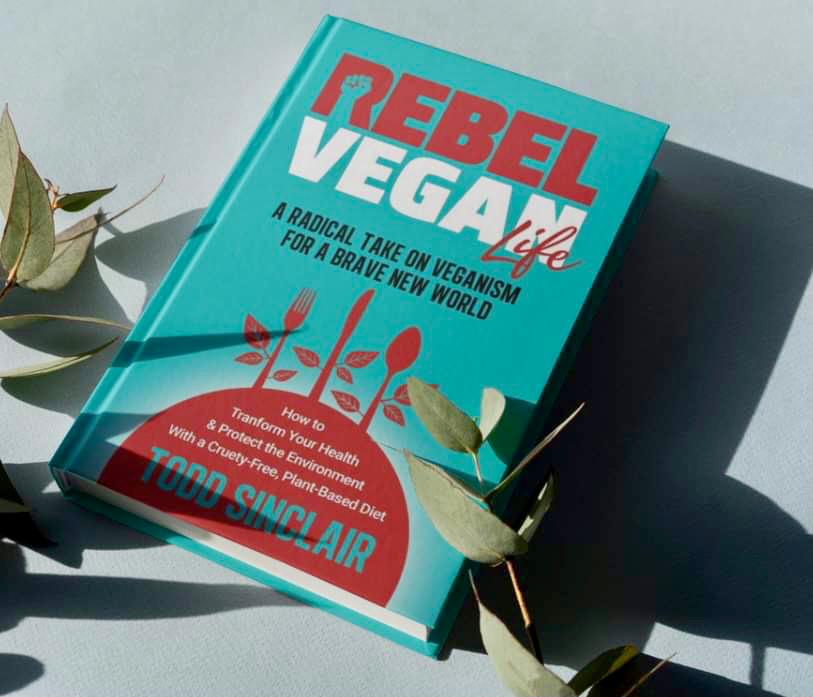 Got questions?
We've got answers.

Why is this book landing page different?

How much time do I need to setup the template?

Why was this template created?

What if I'm not happy?

Thanks for downloading our #freechapter . Check your email for the download link
Oops! You've made a mistake, please check did you enter a correct email address!